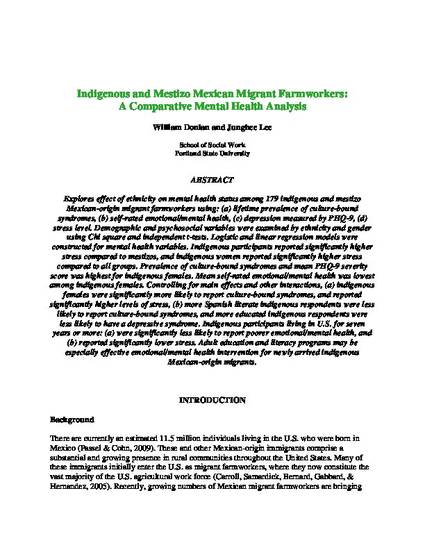 This is an Author's Original Manuscript of an article whose final and definitive form has been published in the Journal of Rural Community Psychology (http://www.marshall.edu/jrcp/ve13n1.htm)