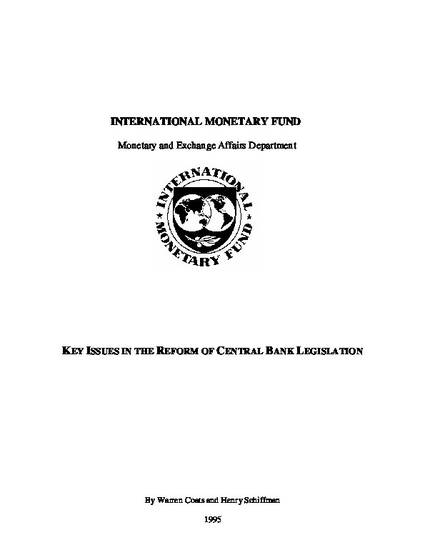 In order to improve the performance of central banks, monetary arrangements should be designed to anchor monetary policy to long-run considerations and to establish specific accountability for its implementation. In order to strengthen the long-run view needed for monetary stability against the short-run problem solving perspective more typical of governments and parliaments, there has been a growing movement in recent years in all regions of the world toward increasing central banks' independence from governments and parliaments. In all countries, the responsibility for the monetary system is ultimately the state’s. This responsibility is often explicit in a country's constitution. Central bank relative independence, which can take several forms, is quite consistent with the state’s ultimate responsibility for monetary policy.