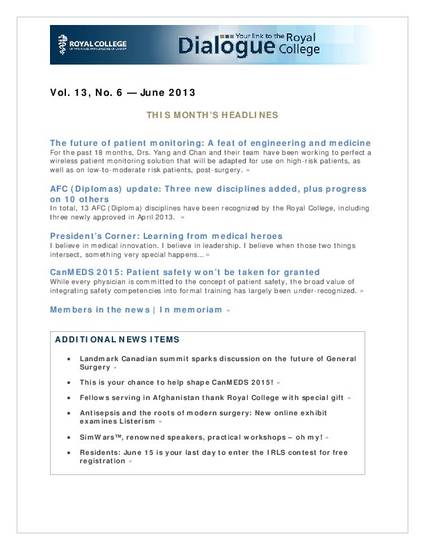 In recognition of support given to Fellows serving in Afghanistan, a flag box was commissioned by officers and recently presented to the Royal College. Past-President Louis Francescutti, MD, FRCPC, himself an Honorary Colonel of 1 Field Ambulance Edmonton, accepted the gift on behalf of the organization. Crafted by the Udin brothers of Kabul, the flag box is engraved with the Royal College crest, as well as with the Canadian and Afghani national flags. It will be displayed in the Roddick Room — the Royal College’s library. For over a decade, many Fellows of the Royal College, both civilians and Canadian Armed Forces specialist medical officers, have worked at the hospital on Kandahar airfield, tending to victims of the conflict. The hospital, commanded by Canadian Forces Health Services, provided care for civilian Afghans and injured members of their security forces, in addition to NATO soldiers. In 2012, the mission moved to Kabul with a new focus on the reconstruction of Afghanistan’s postgraduate medical education system. The medical officers recently helped develop training materials and curriculum for residency programs in eight specialty disciplines. Ken Harris, MD, FRCSC, executive director, Office of Education at the Royal College, was a valuable resource, extending his expertise, guidance and feedback to the group. (Dialogue 2013; 13 (6): 18-19)