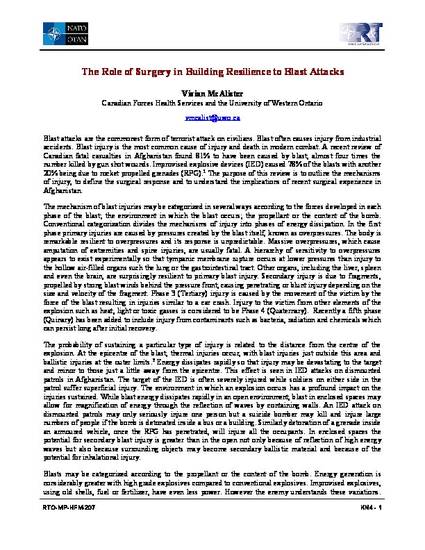 Blast attacks are the commonest form of terrorist attack on civilians. Blast often causes injury from industrial accidents. Blast injury is the most common cause of injury and death in modern combat. A recent review of Canadian fatal casualties in Afghanistan found 81% to have been caused by blast, almost four times the number killed by gun shot wounds. Improvised explosive devices (IED) caused 78% of the blasts with another 20% being due to rocket propelled grenades (RPG).1 The purpose of this review is to outline the mechanisms of injury, to define the surgical response and to understand the implications of recent surgical experience in Afghanistan.