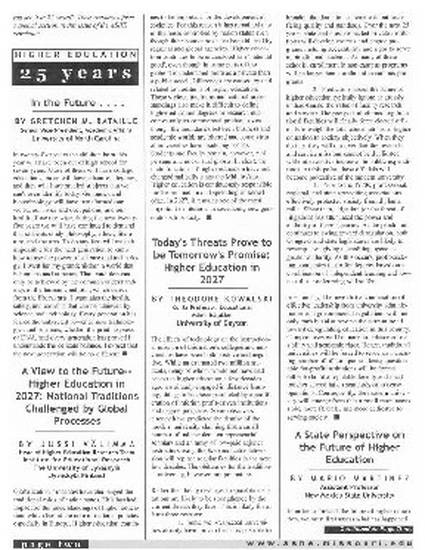 The effects of technology on the instructional mission of this nation's colleges and universities have been both positive and negative. While an estimated two million students, many of whom would not have had access to higher education a few decades ago, are already engaged in distance learning, this gain has been paralleled by a proliferation of inferior, profit-driven institutions and degree programs. Some observers already have predicted the demise of the modem university, claiming that a small number of independent, entrepreneurial scholars and an army of low-paid adjunct instructors using the Web and cable television will replace regular faculties in the next few decades. The obituaries for the traditional university, however, are premature.