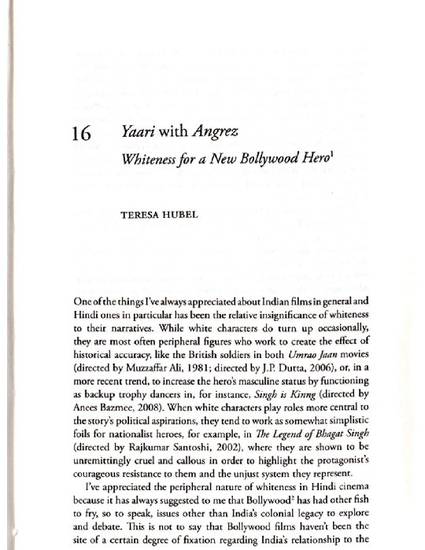 This chapter comments on the relative insignificance of whiteness to Hindi film narratives, with white characters turning up, when they do, often as peripheral figures to create the effect of historical accuracy. It argues that in Hindi cinema, whiteness cannot function as it does in the West, where the legacy of imperialism has made it an unmarked category, whose invisibility allows it to function as a norm against which the aberration of racial others may be measured. In Indian films, whiteness is marked; and it is, increasingly, markedly white—to be resisted, or desired, or dismissed.