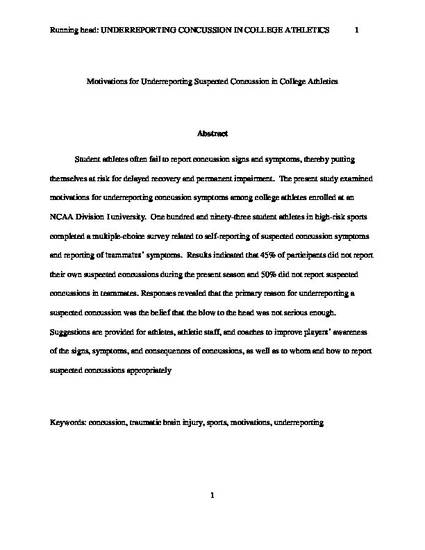 Responses revealed that the primary reason for underreporting a suspected concussion was the belief that the blow to the head was not serious enough. Suggestions are provided for athletes, athletic staff, and coaches to improve players’ awareness of the signs, symptoms, and consequences of concussions, as well as how to report suspected concussions appropriately.

The document available for download is the authors' accepted manuscript, provided in compliance with the publisher's policy on self-archiving. Permission documentation is on file. To read the publisher's version, use the DOI provided.