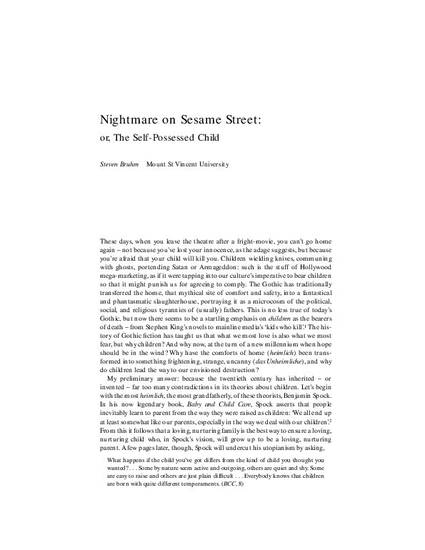 The late twentieth century is fascinated by the phenomenon of the gothic child, the child who manifests evil, violence, and sexual aggression. On the face of it, this evil is “caused” by either medical or social factors: medicinal drugs, radiation, or the corrupting influences of political others. However, this essay argues that the gothic child actually arises from conflicting forces of child-philosophies, the intersection of Romantic childhood innocence with Freudian depth models. These models tacitly point to a child that “is” rather than “is made”, a child that belies contemporary parental attempts to make it be otherwise. Moreover, the idea that the child is somehow immune to parental influence – that it is self-possessed rather than possessed by another – extends to the current notion of the “inner child”, that “self” who is the seat of identity and coherence. Because of this, the gothic as often fantasizes the killing of the “child within” as it revels in killing the child without.