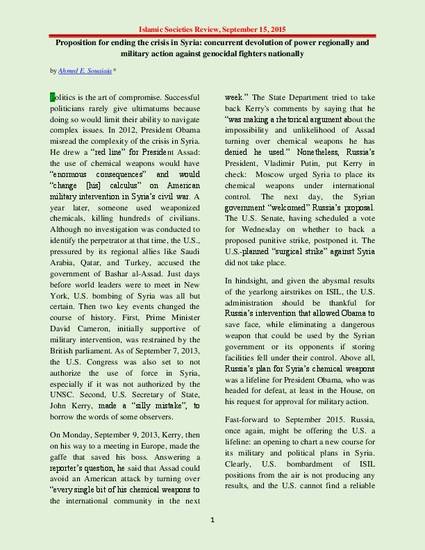 Syria's civil war is on a path to world war. Should Russia, like the Friends of Syria, take part in the military action in Syria and Iraq, the region will enter a new phase that could change the geopolitics of the region. However, Russia' military build up could force a political solution for a crisis that is impacting all many countries around the world.