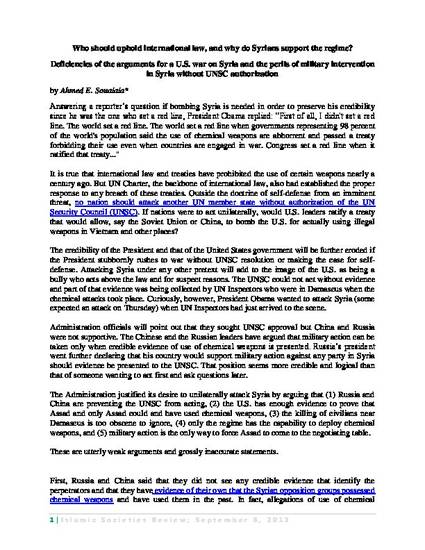 Popular Press
Who should uphold international law, and why do Syrians support the regime?
Islamic Societies Review (2013)
Download
Abstract

It is true that international law and treaties have prohibited the use of certain weapons nearly a century ago. But UN Charter, the backbone of international law, also had established the proper response to any breach of these treaties. Outside the doctrine of self-defense from an imminent threat, no nation should attack another UN member state without authorization of the UN Security Council (UNSC). If nations were to act unilaterally, would U.S. leaders ratify a treaty that would allow, say the Soviet Union or China, to bomb the U.S. for actually using illegal weapons in Vietnam and other places?