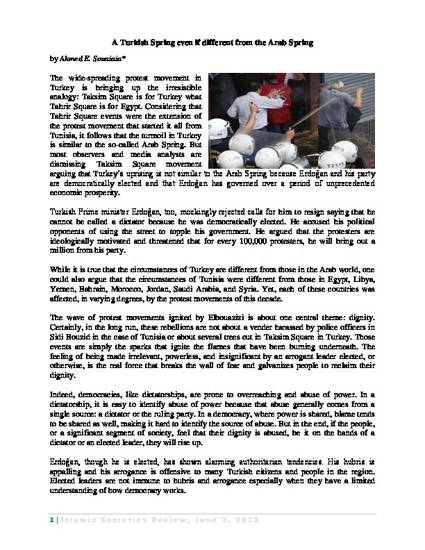 The wide-spreading protest movement in Turkey is bringing up the irresistible analogy: Taksim Square is for Turkey what Tahrir Square is for Egypt. Considering that Tahrir Square events were the extension of the protest movement that started it all from Tunisia, it follows that the turmoil in Turkey is similar to the so-called Arab Spring. But most observers and media analysts are dismissing Taksim Square movement arguing that Turkey’s uprising is not similar to the Arab Spring because Erdoğan and his party are democratically elected and that Erdoğan has governed over a period of unprecedented economic prosperity.