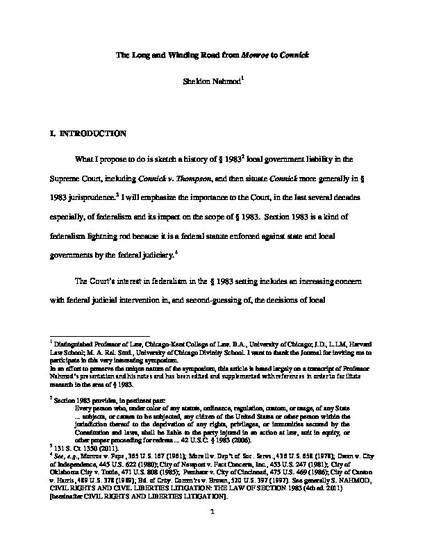 In this article, I address the historical and doctrinal development of § 1983 local government liability, beginning with Monroe v. Pape in 1961 and culminating in the Supreme Court’s controversial 2011 failure to train decision in Connick v. Thompson. Connick has made it exceptionally difficult for § 1983 plaintiffs to prevail against local governments in failure to train cases. In the course of my analysis, I also consider the oral argument and opinions in Connick as well as various aspects of § 1983 doctrine. I ultimately situate Connick in the Court’s federalism jurisprudence which doubles back to Justice Frankfurter’s view of federalism as set out in in his dissent in Monroe.