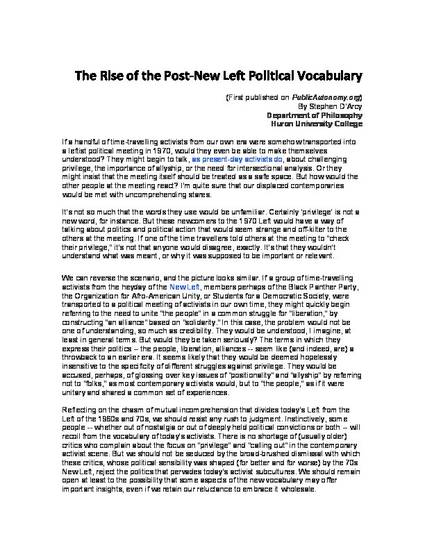 Does the emergence of a new political vocabulary for articulating the politics of broadly leftist activists, roughly in the 1990s, reflect a learning process, so that we can think of it as more sophisticated and illuminating than the jargon of the 60s and 70s New Left — the product of a new sensitivity to key issues that were previously overlooked or badly understood? Or does its emergence, with its symptomatic timing in the wake of the Reagan/Thatcher era and the wave of defeats inflicted on the Left in those years, indicate that the new vocabulary is not so much innovation as errancy, straying from radical politics in the direction of a de-fanged adaptation to defeat and political marginality?