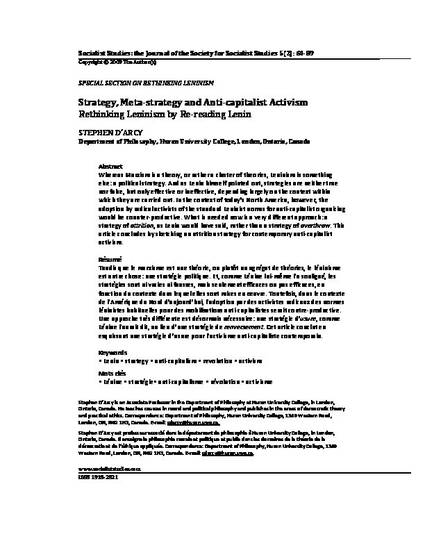 Whereas Marxism is a theory, or rather a cluster of theories, Leninism is something else: a political strategy. And as Lenin himself pointed out, strategies are neither true nor false, but only effective nor ineffective, depending largely on the context within which they are carried out. In the context of contemporary North America, however, the adoption by radical activists of the standard Leninist norms for anti-capitalist organizing would be counter-productive. What is needed now is a very different approach: a strategy of attrition, as Lenin would have said, rather than a strategy of overthrow. This article concludes by sketching an attrition strategy for contemporary anti-capitalist activism.