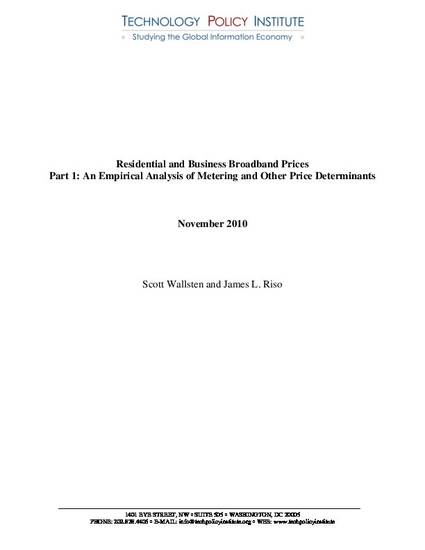 For this project, we assemble a new dataset consisting of more than 25,000 residential and business broadband plans from all OECD countries from 2007–2009. We explore three issues: the relationship between plan components—such as metering—and consumer prices, price changes over time, and how broadband prices vary across countries.