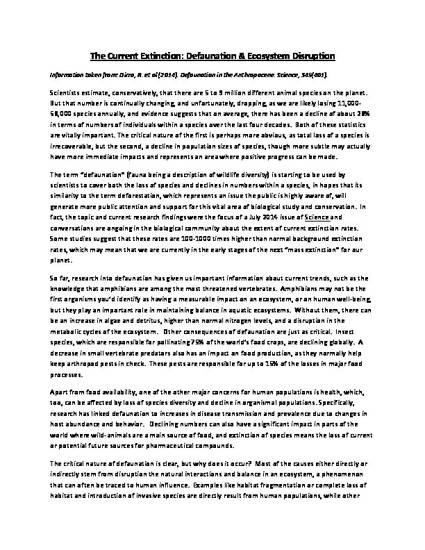 Scientists estimate, conservatively, that there are 5 to 9 million different animal species on the planet. But that number is continually changing, and unfortunately, dropping, as we are likely losing 11,000- 58,000 species annually, and evidence suggests that on average, there has been a decline of about 28% in terms of numbers of individuals within a species over the last four decades. Both of these statistics are vitally important. The critical nature of the first is perhaps more obvious, as total loss of a species is irrecoverable, but the second, a decline in population sizes of species, though more subtle may actually have more immediate impacts and represents an area where positive progress can be made.