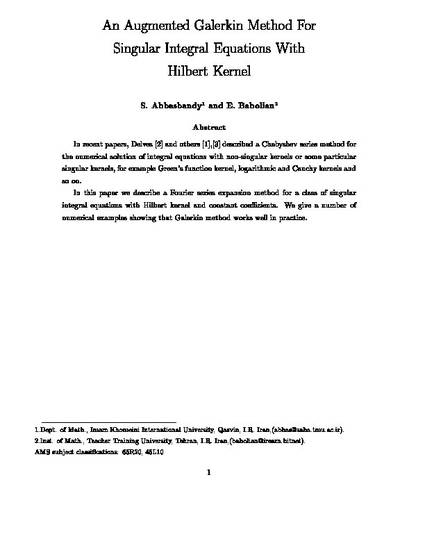 In recent papers, Delves [2] and others [1], [3] described a Chebyshev series method for the numerical solution of integral equations with non-singular kernels or some particular singular kernels, for example Green's function kernel, logarithmic and Cauchy kernels and so on. In this paper we describe a Fourier series expansion method for a class of singular integral equations with Hilbert kernel and constant coefficients. We give a number of numerical examples showing that Galerkin method works well in practice.