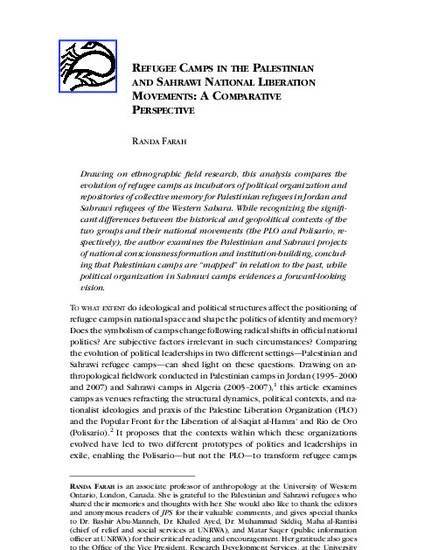 Drawing on ethnographic field research, this analysis compares the evolution of refugee camps as incubators of political organization and repositories of collective memory for Palestinian refugees in Jordan and Sahrawi refugees of the Western Sahara. While recognizing the significant differences between the historical and geopolitical contexts of the two groups and their national movements (the PLO and Polisario, respectively), the author examines the Palestinian and Sahrawi projects of national consciousness formation and institution-building, concluding that Palestinian camps are “mapped” in relation to the past, while political organization in Sahrawi camps evidences a forward-looking vision.