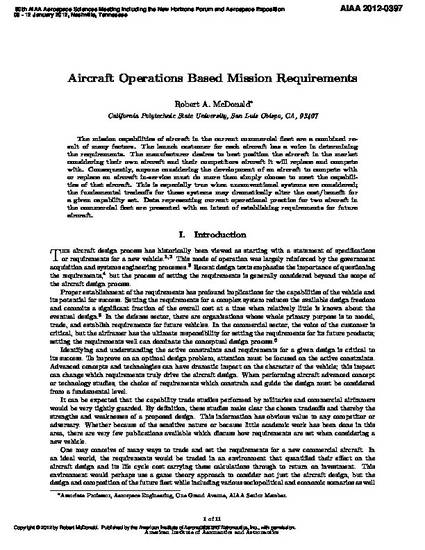 The mission capabilities of aircraft in the current commercial fleet are a combined result of many factors. The launch customer for each aircraft has a voice in determining the requirements. The manufacturer desires to best position the aircraft in the market considering their own aircraft and their competitors aircraft it will replace and compete with. Consequently, anyone considering the development of an aircraft to compete with or replace an aircraft in-service must do more than simply choose to meet the capabilities of that aircraft. This is especially true when unconventional systems are considered; the fundamental trade-offs for these systems may dramatically alter the cost/benefit for a given capability set. Data representing current operational practice for two aircraft in the commercial fleet are presented with an intent of establishing requirements for future aircraft.