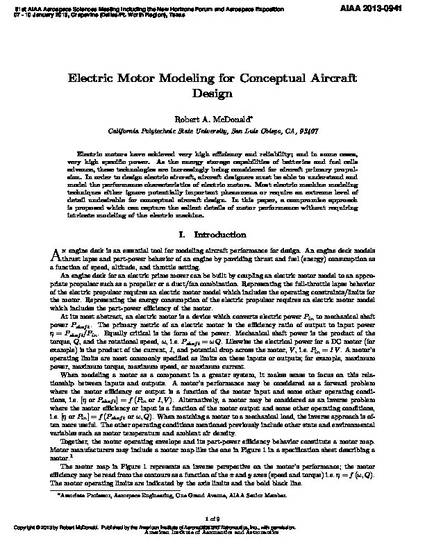 Electric motors have achieved very high efficiency and reliability; and in some cases, very high specific power. As the energy storage capabilities of batteries and fuel cells advance, these technologies are increasingly being considered for aircraft primary propulsion. In order to design electric aircraft, aircraft designers must be able to understand and model the performance characteristics of electric motors. Most electric machine modeling techniques either ignore potentially important phenomena or require an extreme level of detail undesirable for conceptual aircraft design. In this paper, a compromise approach is proposed which can capture the salient details of motor performance without requiring intricate modeling of the electric machine.