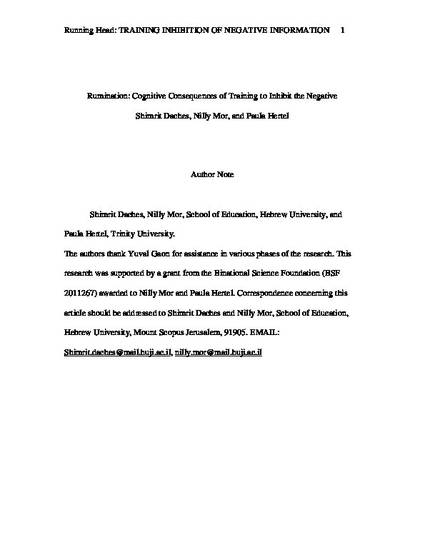 Background and Objectives: To explore cognitive factors in ruminative thinking, we assessed the effect of a single-session of inhibition training on subsequent biases in attention and interpretation.

Methods: We randomly assigned participants to either inhibit or attend to negative stimuli. Inhibition was assessed by using assessment trials embedded throughout the training, and interpretation bias was assessed following the training.