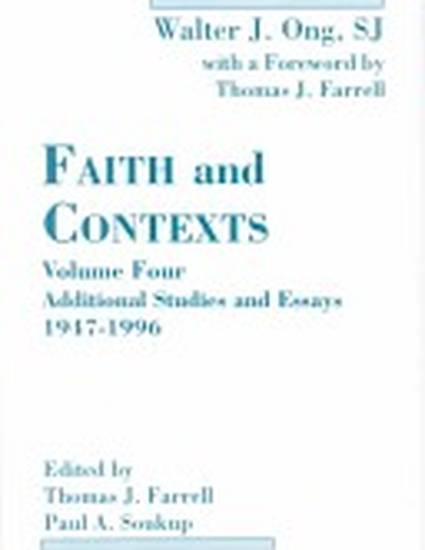 Collects 13 writings of the distinguished Jesuit scholar on topics ranging from Ong's 1947 study of "Wit and mystery: a reevaluation in medieval Latin hymnody," to 1996 reflections on faith and cosmos and information-communication interactions. Titles in- between include: "Humanism" (1964), "Rhetoric and the origins of consciousness," (1971), and "Yeast: a parable for Catholic higher education" (1990). In the substantial foreword, Farrell (U. of Minnesota at Duluth) finds parallels between Ong's thought and Harold Bloom's ideas about the inwardness of some Shakespearean characters. The French government knighted Ong for his dissertation on 16th-century logician/educational reformer Ramus. Distributed by University Press of America. Annotation copyrighted by Book News, Inc., Portland, OR