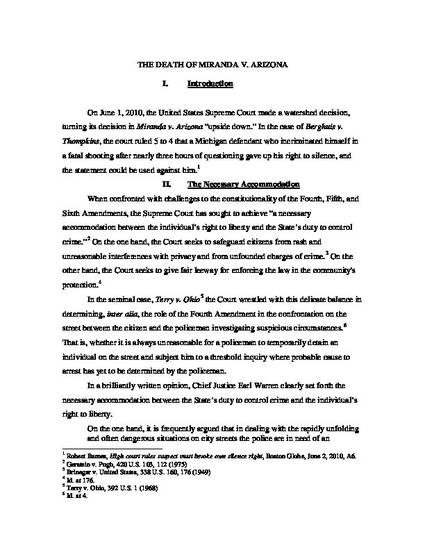 On June 1, 2010, the United States Supreme Court made a watershed decision, turning its decision in Miranda v. Arizona “upside down.” In the case of Berghuis v. Thompkins, the court ruled 5 to 4 that a Michigan defendant who incriminated himself in a fatal shooting after nearly three hours of questioning gave up his right to silence, and the statement could be used against him.