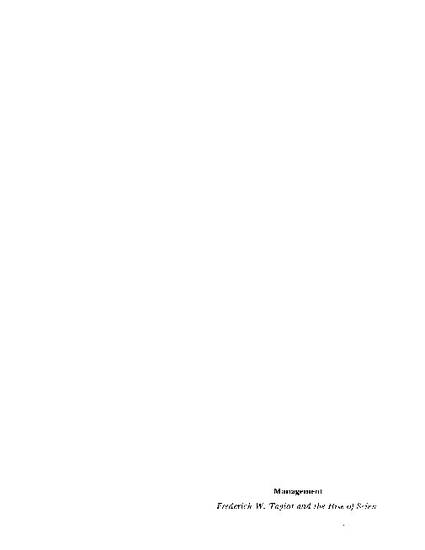 Other
[Review of the Book Frederick W. Taylor and the Rise of Scientific Management]
Articles and Chapters
Download
Publication Date
Disciplines
Abstract
[Excerpt] Daniel Nelson has written an informative book that helps to explain important aspects of Taylor's life. But the analysis of the man, his influence, and the opposition both engendered is too narrowly cast to serve as a final rebuttal to Taylor's critics. By 1923, Nelson writes toward the end of his book, Taylor's reputation was secure and worker opposition to his approach was low: "The unionists had mellowed," Nelson comments. Yet the reader is never informed that this "mellowing" occurred in the midst of the most severe and pervasive anti-union campaign to that date in American history. This omission suggests the limits of Nelson's analysis.
Comments

Citation Information
Nick Salvatore. "[Review of the Book Frederick W. Taylor and the Rise of Scientific Management]" (1982)
Available at: http://works.bepress.com/nick_salvatore1/13/