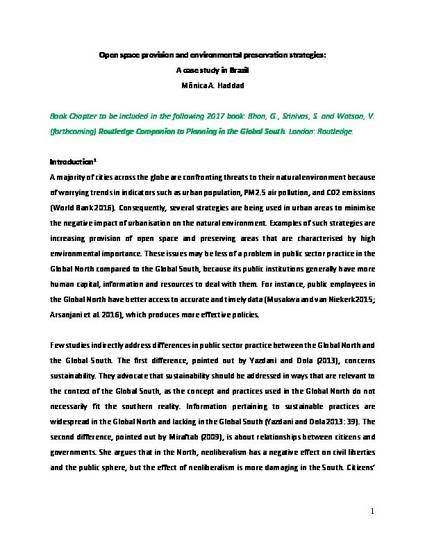 A majority of cities across the globe are confronting threats to their natural environment because of worrying trends in indicators such as urban population, PM2.5 air pollution, and CO2 emissions (World Bank 2016). Consequently, several strategies are being used in urban areas to minimise the negative impact of urbanisation on the natural environment. Examples of such strategies are increasing provision of open space and preserving areas that are characterised by high environmental importance. These issues may be less of a problem in public sector practice in the Global North compared to the Global South, because its public institutions generally have more human capital, information and resources to deal with them. For instance, public employees in the Global North have better access to accurate and timely data (Musakwa and van Niekerk 2015; Arsanjani et al. 2016), which produces more effective policies.