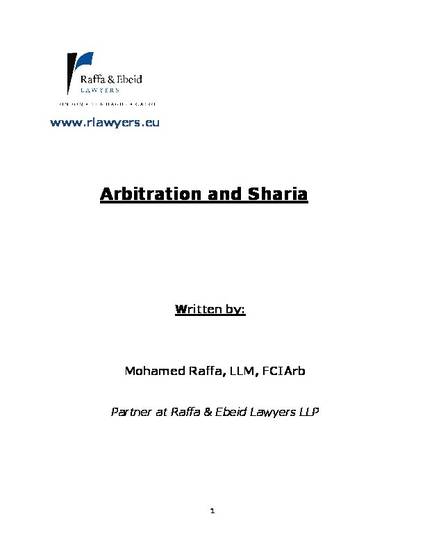 So, can the Arbitrator be a woman? Omar, the third Khalipha in Islam after Prophet Muhammad, actually appointed a female judge. Today, across the various Muslim countries, there are female judges in almost every Muslim country except in Saudi Arabia. There are about 70 female Iraqi judges, 10 female judges in the UAE, 20 in Egypt female judges and Arbitrators, Nigeria recently appointed the first female Chief Justice in Africa as well as it has one of the largest National Associations of Women Judges; with more in other Muslim Countries including Indonesia and Malaysia.