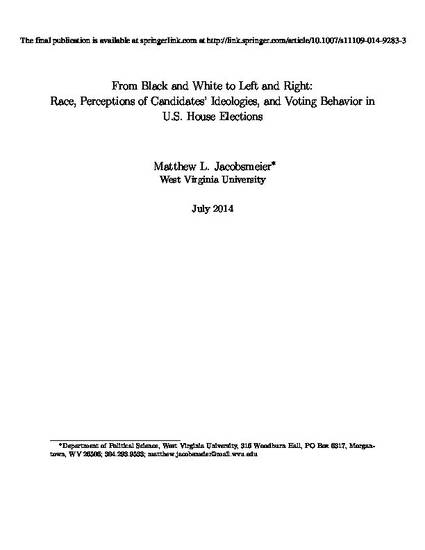 While there is a strong scholarly consensus that race continues to play a central role in American politics, research on the effects of the race of candidates on electoral behavior have been decidedly mixed. Using American National Election Studies data and a non-linear systems of equations approach to estimation, I show that race-based misperceptions of candidates' ideologies have a significant indirect impact on voting decisions in elections to the U.S. House of Representatives. The indirect effects of race on voting behavior outweigh any direct effects of racial prejudice by a large margin. More specifically, the results suggest that white citizens will tend to perceive black candidates to be more liberal than white candidates who adopt similar policy positions, and that these race-based misperceptions disadvantage black candidates at the ballot box.