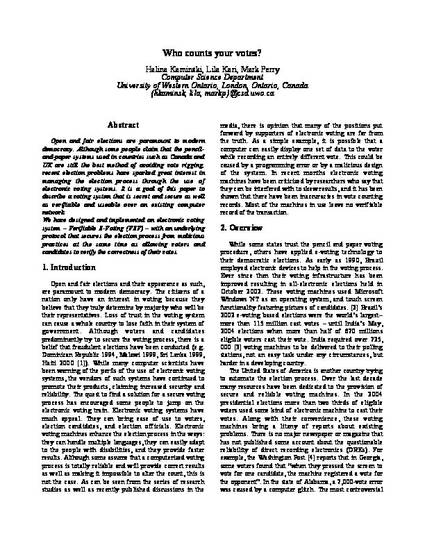 Open and fair elections are paramount to modern democracy. Although some people claim that the penciland- paper systems used in countries such as Canada and UK are still the best method of avoiding vote rigging, recent election problems have sparked great interest in managing the election process through the use of electronic voting systems. It is a goal of this paper to describe a voting system that is secret and secure as well as verifiable and useable over an existing computer network. We have designed and implemented an electronic voting system – Verifiable E-Voting (VEV) – with an underlying protocol that secures the election process from malicious practices at the same time as allowing voters and candidates to verify the correctness of their votes.