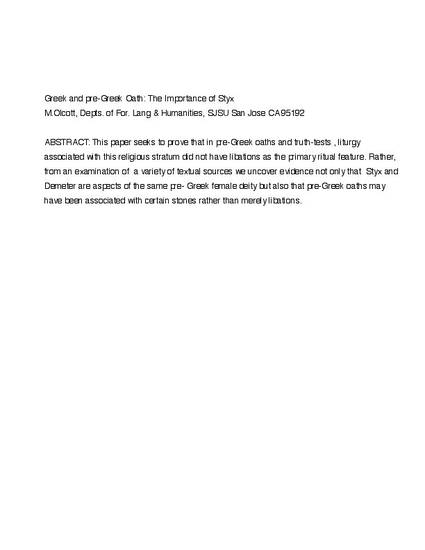 This paper seeks to prove that in pre-Greek oaths and truth-tests , liturgy associated with this religious stratum did not have libations as the primary ritual feature. Rather, from an examination of a variety of textual sources we uncover evidence not only that Styx and Demeter are aspects of the same pre- Greek female deity but also that pre-Greek oaths may have been associated with certain stones rather than merely libations.