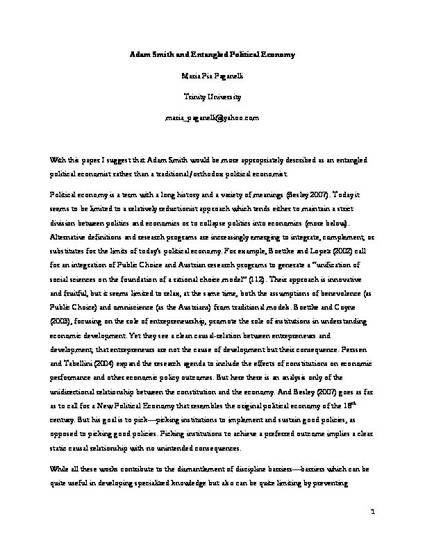 Entangled Political Economy, the idea that the economy and the polity are a nexus of interrelations often with unplanned outcomes, is close to the concept of economics that Adam Smith presents, a concept which was not shaped by strict discipline barriers. I show that Adam Smith analyzes the nature and causes of the wealth of nations by analyzing the interaction of the economy with politics, ethics, and the law. In particular, Smith presents each of these systems as a network of relations with all the other systems: the economy is entangled not just with the polity, but also with other systems of behavior such as the law and morality. Adam Smith may help expand the horizons of the entangled political economy analysis and the explanatory powers of economics.