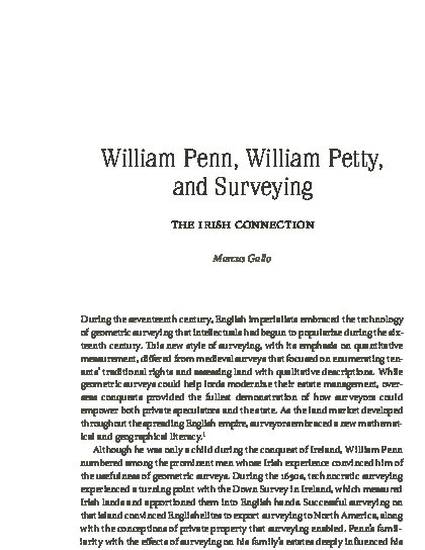 William Penn was an instrumental and controversial figure in the early modern transatlantic world, known both as a leader in the movement for religious toleration in England and as a founder of two American colonies, Pennsylvania and New Jersey. As such, his career was marked by controversy and contention in both England and America. This volume looks at William Penn with fresh eyes, bringing together scholars from a range of disciplines to assess his multifaceted life and career. Contributors analyze the worlds that shaped Penn and the worlds that he shaped: Irish, English, American, Quaker, and imperial. The eighteen chapters in The Worlds of William Penn shed critical new light on Penn’s life and legacy, examining his early and often-overlooked time in Ireland; the literary, political, and theological legacies of his public career during the Restoration and after the 1688 Revolution; his role as proprietor of Pennsylvania; his religious leadership in the Quaker movement, and as a loyal lieutenant to George Fox, and his important role in the broader British imperial project. Coinciding with the 300th anniversary of Penn’s death the time is right for this examination of Penn’s importance both in his own time and to the ongoing campaign for political and religious liberty.