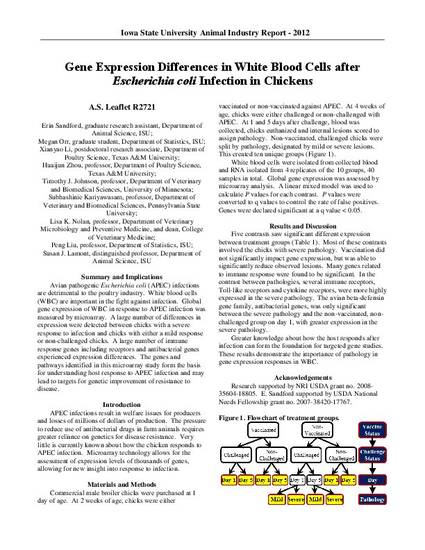 Avian pathogenic Escherichia coli (APEC) infections are detrimental to the poultry industry. White blood cells (WBC) are important in the fight against infection. Global gene expression of WBC in response to APEC infection was measured by microarray. A large number of differences in expression were detected between chicks with a severe response to infection and chicks with either a mild response or non-challenged chicks. A large number of immune response genes including receptors and antibacterial genes experienced expression differences. The genes and pathways identified in this microarray study form the basis for understanding host response to APEC infection and may lead to targets for genetic improvement of resistance to disease.