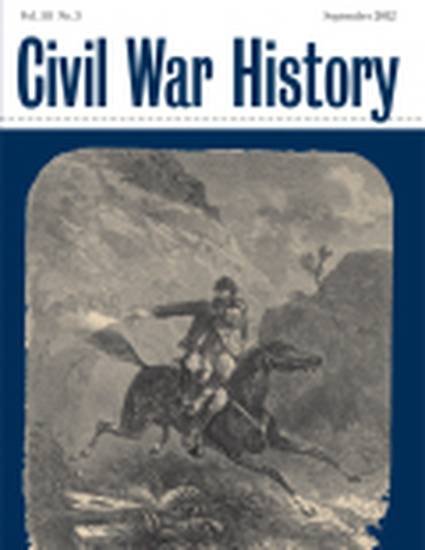 In 2001, Jack Temple Kirby published his essay "The American Civil War: An Environmental View," in which he wrote, "In the nearly four decades since the [Civil War] centennial, demand for old-fashioned (shall I say?) military history and military biography has hardly abated. Environmental history, meanwhile, a sub-discipline born during the 1960s and flourishing modestly since, has yet to impact the Civil War seriously." This failure to unite Civil War and environmental histories troubled Kirby for two reasons. First, he noted that since at least the 1970s "Americans have belonged to a culture steeped in ecological language and politics," one that presumes a connection between humans and the natural world. Second, Kirby suggested that we need an environmental analysis of the Civil War because "no one alive at the dawn of the twenty-first century, from the oldest among us to our most immature students, can conceive of war without environmental danger if not disaster." Kirby argued that failing to understand the war as an ecological event ignores these important cultural and intellectual developments. He then presented "a preliminary environmental impact statement" of the war, highlighting issues such as disease, destruction of rural and urban landscapes, deforestation, and the ecological ramifications of emancipation and of the death of hundreds of thousands of people and millions of animals. He concluded that while not all the consequences of the war equaled permanent environmental degradation, the conflict resulted in a "poorer South after all" and signaled "the beginning of the end of southern rural life as it had been known for at least [End Page 305] two centuries." His final exhortation was for Civil War and environmental historians to stop ignoring each other and to begin a fruitful debate.