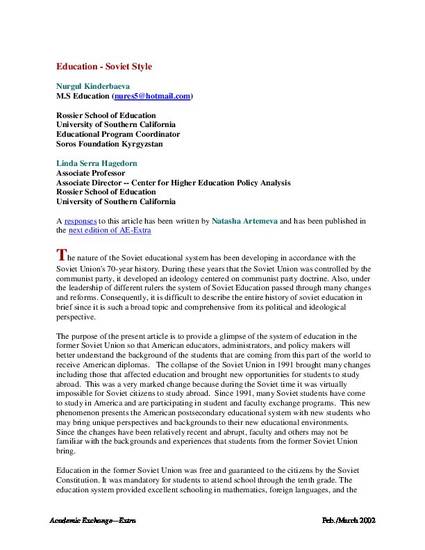 The nature of the Soviet educational system has been developing in accordance with the Soviet Union's 70-year history. During these years that the Soviet Union was controlled by the communist party, it developed an ideology centered on communist party doctrine. Also, under the leadership of different rulers the system of Soviet Education passed through many changes and reforms. Consequently, it is difficult to describe the entire history of soviet education in brief since it is such a broad topic and comprehensive from its political and ideological perspective.