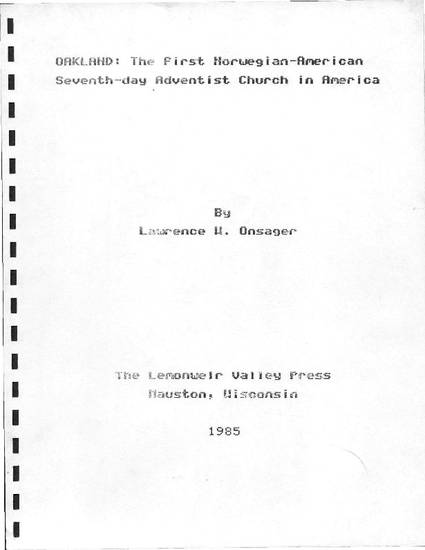 The Olsen, Johnson, Loe, and Serns families were from a rural district in Vest-Agder County, Norway. On March 20, 1850, Andrew Olsen, his half-brother, Halvor Olsen, Ole Hegland Serns, and their families left for the U. S. from Kristiansand, Norway.