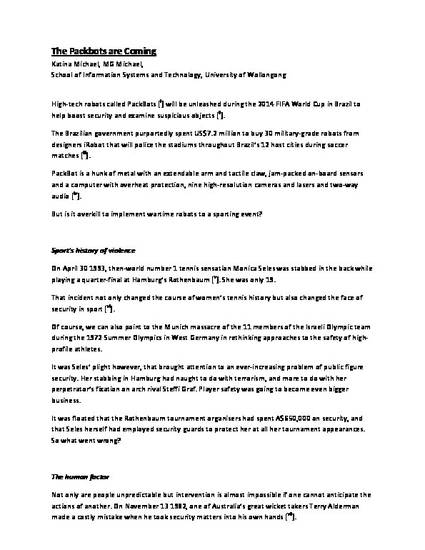 High-tech robots called PackBots will be unleashed during the 2014 FIFA World Cup in Brazil to help boost security and examine suspicious objects. The Brazilian government purportedly spent US$7.2 million to buy 30 military-grade robots from designers iRobot that will police the stadiums throughout Brazil’s 12 host cities during soccer matches. PackBot is a hunk of metal with an extendable arm and tactile claw, jam-packed on-board sensors and a computer with overheat protection, nine high-resolution cameras and lasers and two-way audio. But is it overkill to implement wartime robots to a sporting event?