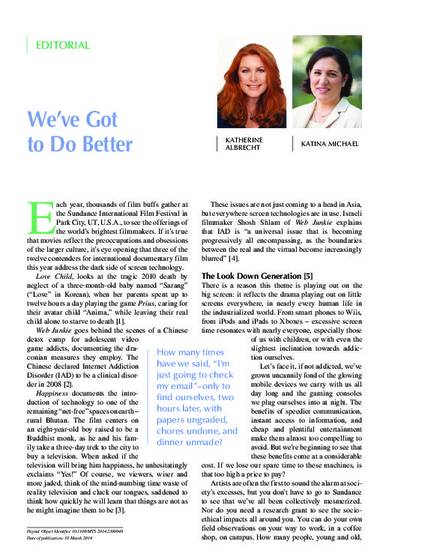 Each year, thousands of film buffs gather at the Sundance International Film Festival in park City, UT, U.S.A., to see the offerings of the world’s brightest filmmakers. If it’s true that movies reflect the preoccupations and obsessions of the larger culture, it’s eye opening that three of the twelve contenders for international documentary film this year address the dark side of screen technology.

Love Child, looks at the tragic 2010 death by neglect of a three-month-old baby named “Sarang” (“Love” in Korean), when her parents spent up to twelve hours a day playing the game Prius, caring for their avatar child “Anima,” while leaving their real child alone to starve to death [1].