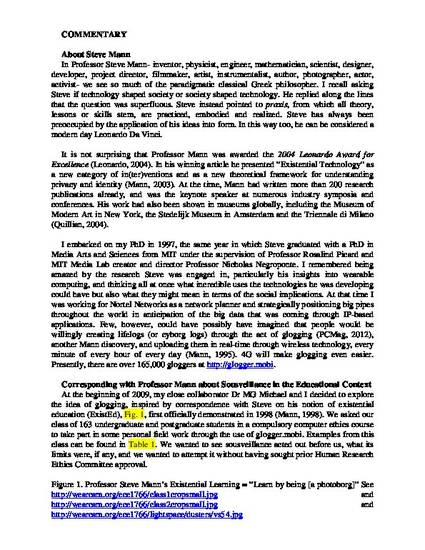 In Professor Steve Mann- inventor, physicist, engineer, mathematician, scientist, designer, developer, project director, filmmaker, artist, instrumentalist, author, photographer, actor, activist- we see so much of the paradigmatic classical Greek philosopher. I recall asking Steve if technology shaped society or society shaped technology. He replied along the lines that the question was superfluous. Steve instead pointed to praxis, from which all theory, lessons or skills stem, are practiced, embodied and realized. Steve has always been preoccupied by the application of his ideas into form. In this way too, he can be considered a modern day Leonardo Da Vinci.