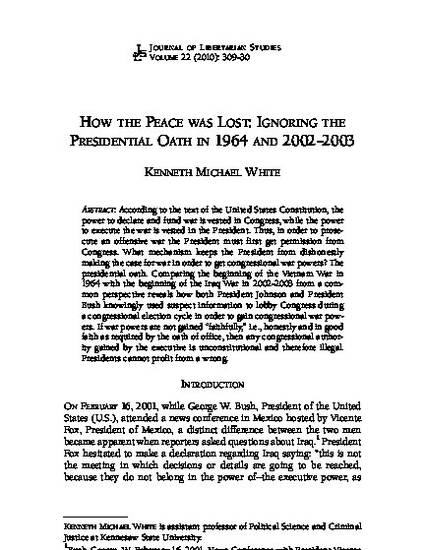 On February 16, 2001, while George W. Bush, President of the United States (U.S.), attended a news conference in Mexico hosted by Vicente Fox, President of Mexico, a distinct difference between the two men became apparent when reporters asked questions about Iraq. President Fox hesitated to make a declaration regarding Iraq saying: “this is not the meeting in which decisions or details are going to be reached, because they do not belong in the power of—the executive power, as such, because they have to have the participation of other groups.” When another reporter asked about the then recent bombing of Iraq by U.S. military forces in the “no-fly zone,” President Fox repeated his deference to comity: “I do not have a position or a statement on that topic, specifically because this will be done through the Ministry of Foreign Affairs in the future.” Contrarily, President Bush showed no hesitation at the news conference to refer to executive prerogative regarding Iraq.