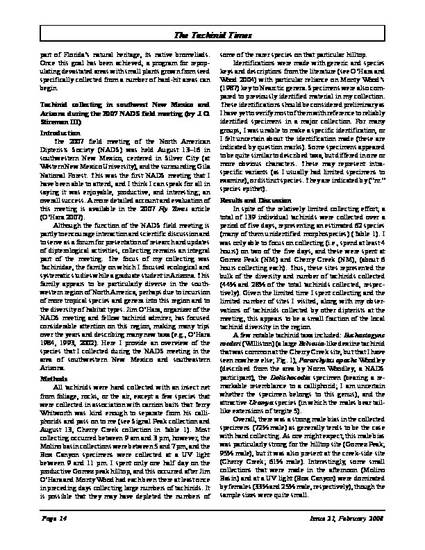 The 2007 field meeting of the North American Dipterists Society (NADS) was held August 13–16 in southwestern New Mexico, centered in Silver City (at Western New Mexico University), and the surrounding Gila National Forest. This was the first NADS meeting that I have been able to attend, and I think I can speak for all in saying it was enjoyable, productive, and interesting; an overall success. A more detailed account and evaluation of this meeting is available in the 2007 Fly Times article (O’Hara 2007).