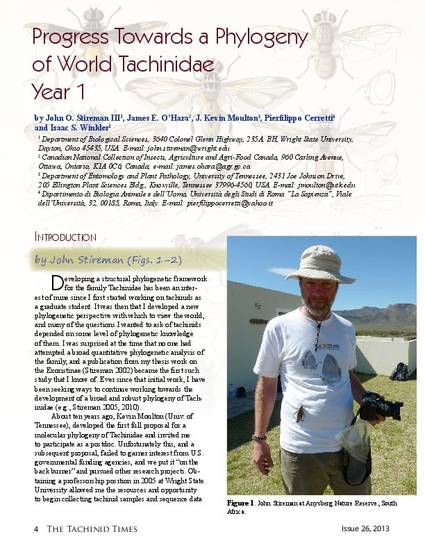 D eveloping a structural phylogenetic framework for the family Tachinidae has been an interest of mine since I first started working on tachinids as a graduate student. It was then that I developed a new phylogenetic perspective with which to view the world, and many of the questions I wanted to ask of tachinids depended on some level of phylogenetic knowledge of them. I was surprised at the time that no one had attempted a broad quantitative phylogenetic analysis of the family, and a publication from my thesis work on the Exoristinae (Stireman 2002) became the first such study that I know of. Ever since that initial work, I have been seeking ways to continue working towards the development of a broad and robust phylogeny of Tachinidae (e.g., Stireman 2005, 2010).