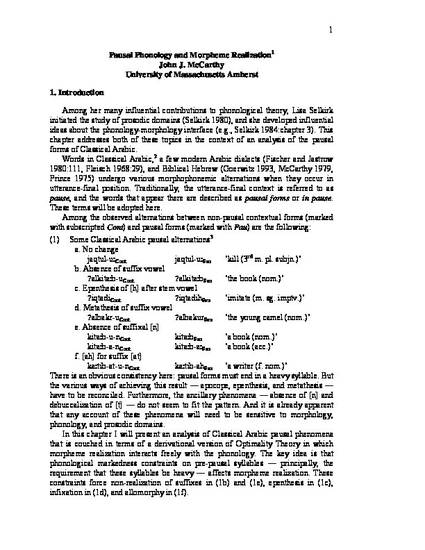 Classical Arabic has complex phonological alternations affecting words in utterance-final position, traditionally called "pause". All pausal forms end in a heavy syllable, but the ways of achieving this result are both diverse and subject to both phonological and morphological conditioning. This chapter argues that an adequate analysis of Arabic's pausal phonology requires a derivational version of Optimality Theory, called Harmonic Serialism, in which morpheme spell-out is interleaved with phonological processes.