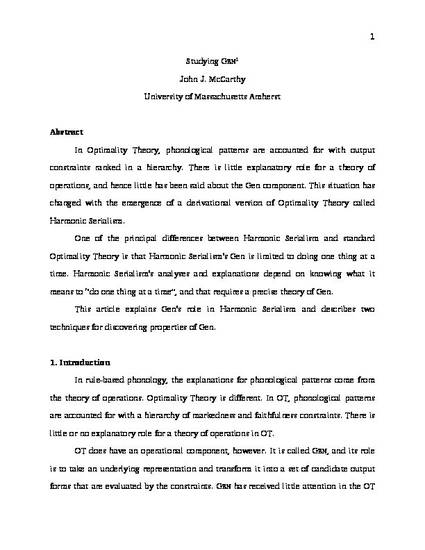 In Optimality Theory, phonological patterns are accounted for with output constraints ranked in a hierarchy. There is little explanatory role for a theory of operations, and hence little has been said about the Gen component. This situation has changed with the emergence of a derivational version of Optimality Theory called Harmonic Serialism.