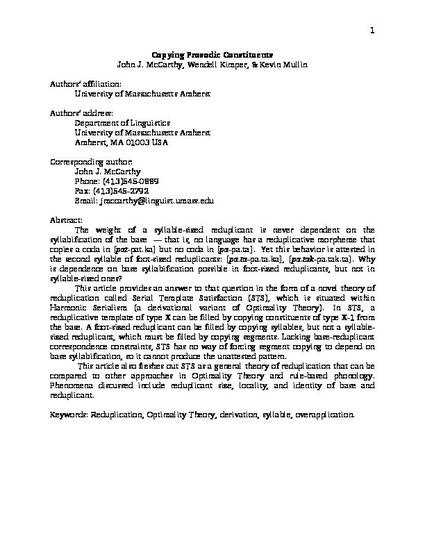 This article also fleshes out STS as a general theory of reduplication that can be compared to other approaches in Optimality Theory and rule-based phonology. Phenomena discussed include reduplicant size, locality, and identity of base and reduplicant.