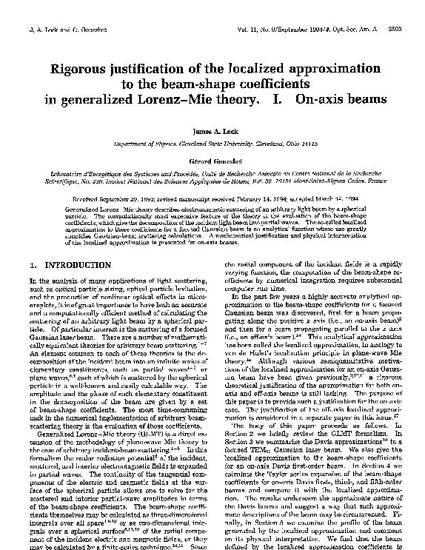 Generalized Lorenz-Mie theory describes electromagnetic scattering of an arbitrary light beam by a spherical particle. The computationally most expensive feature of the theory is the evaluation of the beam-shape coefficients, which give the decomposition of the incident light beam into partial waves. The so-called localized approximation to these coefficients for a focused Gaussian beam is an analytical function whose use greatly simplifies Gaussian-beam scattering calculations. A mathematical justification and physical interpretation of the localized approximation is presented for on-axis beams.