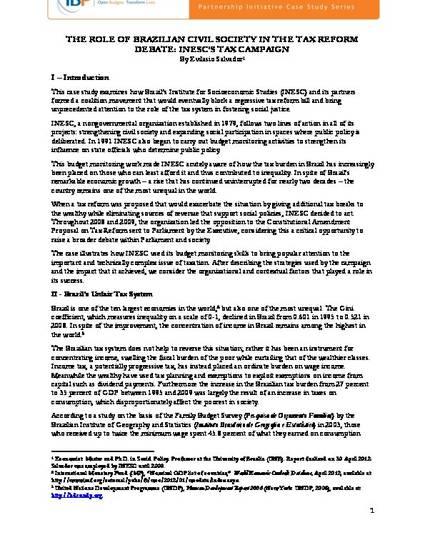 When the Brazilian government sent a new tax reform proposal to Congress in 2008 that would exacerbate the already high level of economic inequality, the Institute for Socioeconomic Studies (INESC) came together with other leading civil society organizations to form the Movement to Defend Social Rights under Threat by Tax Reform (MSDR). The coalition was united in advocating for fairer taxes on incomes and assets and protecting funding for social programs for the poor. INESC and MSDR worked with the government and parliament, participated in public hearings, and produced several technical analyses which, in combination with a number of external factors, contributed to the tax reform being abandoned.