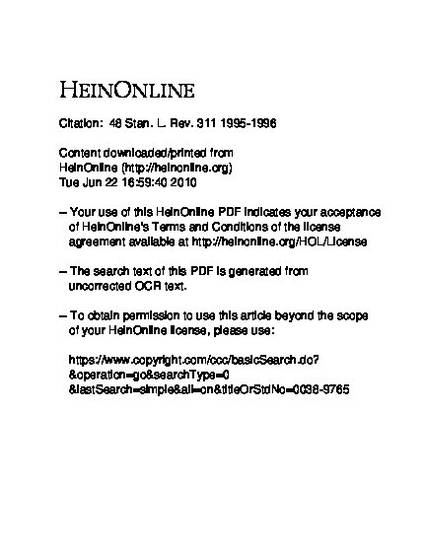 More than twenty years ago, George Fletcher showed that the competing ideals of fairness and utility battle over the interpretation and justification of tort doctrine. This article argues that the very concept of negligence (or reasonable care) is itself a front in that struggle. Law and economics scholars such as Robert Cooter, Thomas Ulen, and Richard Posner have extended the utilitarian tradition by developing an interpretation of tort reasonableness as individual economic rationality writ large. Drawing both on tort doctrine and on social contract theory, professor Keating argues that tort doctrine seeks, quite rightly, to specify the terms of reasonable risk imposition; not the terms of rational risk imposition. Social contract theory takes reasonableness to differ from rationality in that the canons of reasonableness apply to a plurality of free and equal persons with diverse aims and aspirations who are concerned to advance those ends on fair terms, whereas the canons of rationality apply to single actors, or to associations whose members owe allegiance to a shared final end. Professor Keating develops a social contract conception of due care, and argues that this conception fits the doctrine and rhetoric of due care law better than those of Cooter, Ulen, and Posner.