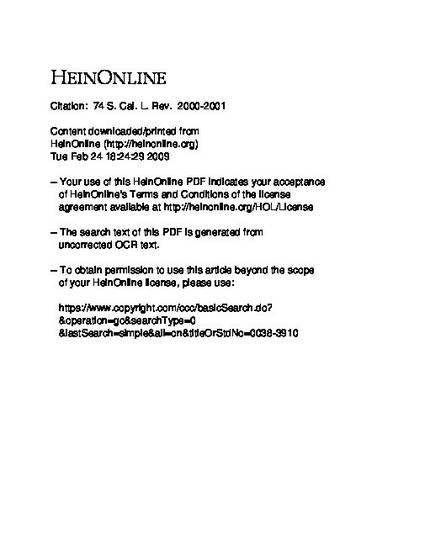 Tort theory is torn between two competing conceptions. One of these - the justice conception - takes the tort law of accidents to be continuous with our ordinary notions of agency and responsibility, carelessness and wrongdoing, harm and reparation. The other - the economic conception - holds that tort accident law should express an appropriately scientific conception of human welfare. Theorists in the first camp have generally believed that justice in tort is a matter of corrective justice, that it is concerned all but exclusively with the rectification of losses wrongfully inflicted. This paper challenges that belief. It argues that we should understand tort law to be primarily a matter of distributive justice - a matter of the fair apportionment of the burdens and benefits of risky activities - and only secondarily a matter of corrective justice. Calling attention to the role that distributive justice plays in the law of torts has an interpretive advantage: it helps to explain and justify the existence of strict liability in tort, something which corrective justice conceptions have had difficulty doing. But focusing on the importance of distributive justice to the law of torts also has transformative implications for the law of torts: it implies that, other things equal, strict liability is to be favored over negligence.