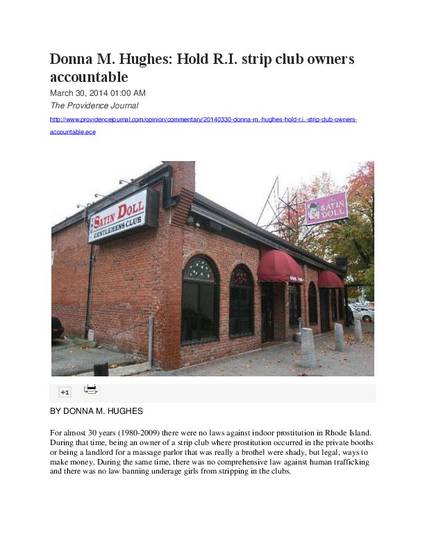 For almost 30 years (1980-2009) there were no laws against indoor prostitution in Rhode Island. During that time, being an owner of a strip club where prostitution occurred in the private booths or being a landlord for a massage parlor that was really a brothel were shady, but legal, ways to make money. During the same time, there was no comprehensive law against human trafficking and there was no law banning underage girls from stripping in the clubs.