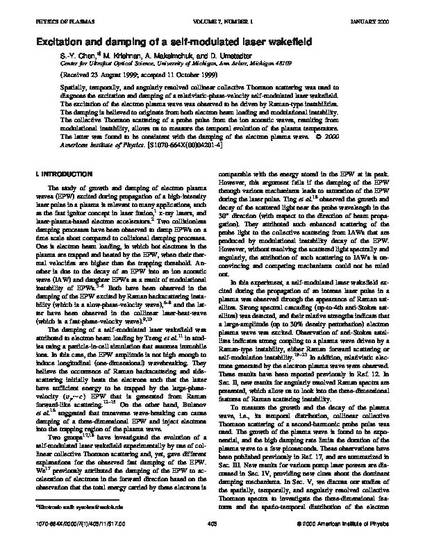 Abstract
Spatially, temporally, and angularly resolved collinear collective Thomson scattering was used to diagnose the excitation and damping of a relativistic-phase-velocity self-modulated laser wakefield. The excitation of the electron plasma wave was observed to be driven by Raman-type instabilities. The damping is believed to originate from both electron beam loading and modulational instability. The collective Thomson scattering of a probe pulse from the ion acoustic waves, resulting from modulational instability, allows us to measure the temporal evolution of the plasma temperature. The latter was found to be consistent with the damping of the electron plasma wave.
Citation Information
Shouyuan Chen, M. Krishnan, Anatoly Maksimchuk and Donald P. Umstadter. "Excitation and damping of a self-modulated laser wakefield" (2000)
Available at: http://works.bepress.com/donald_umstadter/73/